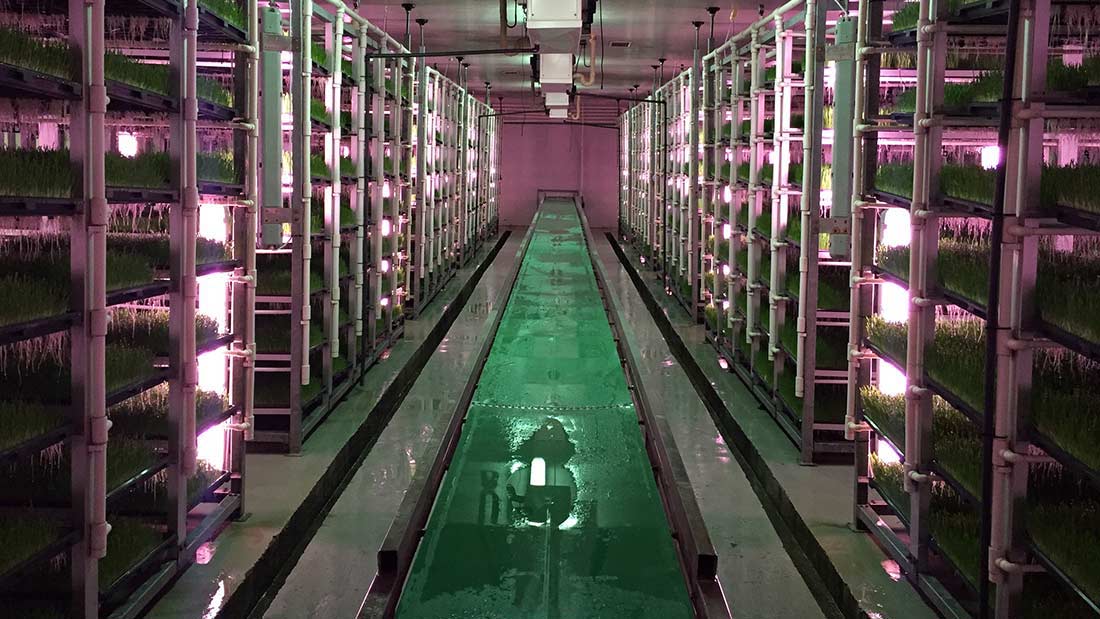 It Is Fresh, It Is Safe And It Is Fodder

Posted at h in General by
4 Likes

As we look a definition for “Fodder”, it is described as a type of animal feed, is any agricultural foodstuff used specifically to feed domesticated livestock, such as cattle, rabbits, sheep, horses, chickens and pigs. “Fodder” refers particularly to food given to the animals (including plants cut and carried to them), rather than that which they forage for themselves (called forage). Notably, the concept of fodder dates back to the ancient Egyptians, who found ways of integrating various dietary enhancers with the grass their animals ate. In the 1800s, European dairy farmers fed sprouted grains to their cows during winter to maintain milk production and improve fertility.

Fodder in the form of sprouted cereal grains such as barley, and legumes can be grown in small and large quantities. Hydroponic systems can grow up to tons of sprouts to each day; year round in a carefully controlled environment. Essentially, hydroponic systems create artificial environments by controlling light, water, and temperature to grow fodder feed from seeds. Such systems may use a variety of seeds such as maize, alfalfa, oats, millets, rye, sunflower seeds, lentils, or the most common selection: barley.

For this and any hydroponically sprouted grain, “just add water” may be a little under stated, but this process is unquestionably the most vibrant area of development and opportunity for those that produce and those that consume fodder. Generally, a hydroponic fodder system follows this process: Seeds are soaked in aerated water for about eight to 12 hours to soften the outer shell and accelerate germination.

Next, they are placed in trays and grown under a constant temperature (generally between 16 0 C – 21  0 C) with artificial light for a period of six to eight days (commonly 7 days). The resulting sprouts form a mat of shoots and roots similar to a strip of shag carpet that is then cut to appropriate sizes and fed fresh to cattle and other livestock.

The benefits of feeding live sprouts to livestock can include heightened health of the animals and their subsequent products such as dairy, eggs and meat.

Sylvia Abel-Caines, PhD in Ruminant Nutrition, notes that the rumen pH stays more stable without the constant input of starch that is supplied by non-sprouted grain. She says that “Mineral and vitamin levels in hydroponically sprouted barley are significantly increased over those in grain; in addition, they are absorbed more efficiently due to the lack of enzyme inhibitors in sprouted grain. The vitamin content of some seeds can increase by up to 20 times their original value within several days of sprouting.”

When done properly, hydroponic sprouted-fodder setups can allow farmers to produce the same amount of feed that would come from 800 ha in a 200 m2 building, using less water than would be used in the field for year based considerations. Other benefits include the dual protections of a drought- and freeze-proof feed system.

Today, hydroponics are used in harsh climates such as deserts, areas with poor soil or in urban areas where high land costs have driven out traditional agriculture. Hydroponic fodder production is probably best-suited to semi-arid, arid, and drought-prone regions of the world, suffering from chronic water shortages or in areas where irrigation infrastructure does not exist. Hydroponic fodder production is a boon for farmers whose soil is rocky and infertile. It is a viable farmer friendly alternative technology for landless farmers for fodder production.

These are highly sophisticated, fully automated fodder production systems with controlled environments, and are immune to natural weather variations. The required water, light, temperature, humidity and aeration are fully controlled by sensors.

Fodder is desirable due to its increase in vitamins and high digestibility due to chemical changes that occur when the seed is converted to sprouts; complex compounds within the endosperm of the grain are broken down into simple compounds. Through this process, there is an increase in vitamins A, E, and beta carotene. For example, one study showed a 700%+ increase in vitamin E in fodder from grain (Cuddeford, 1989); however, animal nutritionists suggest to exercise caution about these numbers—while these numbers indicate a significant increase, based on dairy cow intake requirements, they may not be high from a biological perspective (Soder, 2016).

In recent years, organic dairy farmers have considered adding fodder systems to their operations for a number of reasons, including the expense and availability of certified organic grain, compelling dairy farmers to look for less expensive and consistent supplies of high quality feeds. Erratic weather conditions, especially prolonged droughty periods, have also encouraged some farmers to adopt these systems to have better control over dependable feed supplies for their livestock.

Currently, the NOP changed rules for hydroponics, sprouted grains from hydroponic production rules and, therefore, fodder systems are allowed in 2017 as organic. However, since fodder is considered a supplemental feed, it is not counted as helping to meet the requirement of providing livestock with a minimum 30% of dry matter intake from pasture as specified by the Pasture Rule and may not be allowed by some processors’ grass fed labels.

Hydroponically sprouted grains have potential as quality, fresh livestock feedstocks, especially in regions prone to pervasive dry, drought-prone weather and/or on farms that are land and/or water limited. However, potential drawbacks — particularly system costs, potential for mold problems, and dry matter losses — must be carefully considered and weighed against the benefits of fodder before adopting these  systems.

Please click here for the our Fresh Fodder Systems 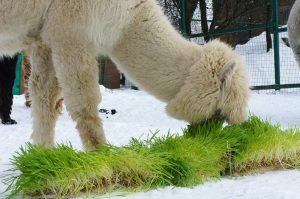 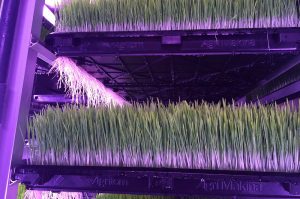